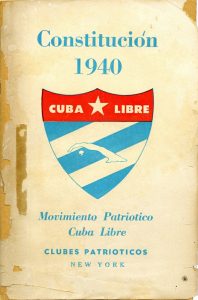 There has been no successful progressive social transformation that has not advocated and then established, a written constitution representative of the will of the people and designed to enhance democracy and protect national interests.

The lack of a coherent written constitution in Britain has permitted the Establishment and their neoliberal hardcore to rule the country in their profoundly unpatriotic anarchy. This lack of a clear constitution has also permitted the destruction of our manufacturing base over the last 35 years, the plundering of our assets like oil and coal and the mass privatisation of many key services and natural resources.

While Britain is one of only 11 countries in the world without written constitutions, we have been governed by a form of constitution in terms of the various dominant treaties of the European Union.

Westminster still feels remote and unaccountable, even after the successful vote to separate us from EU, its unelected and unaccountable European Central Bank and the European Commission. We must remain vigilant since they still seek ways to be at the behest of the European Roundtable of Industrialists which represents big business.

The EU ‘constitution’ on which the British people never voted is grounded on the four key neoliberal principles – the freedom of movement of capital, labour, goods and services. These principles have to apply to all member states regardless of their governments’ wishes, whereas other national constitutions can enshrine the aspirations and material interests of their citizens.

National parliaments, trade unions and protest groups try to restrict the machinations of finance capital that seeks ultimate freedom to speculate and accumulate for the super-rich.

But the EU is infatuated by global trading agreements such as the dreaded Transatlantic Trade Investment Partnership (TTIP) that will put the rights of corporations above those of nations and take the entire anti-democratic project to a new level.

There is no ‘Special Relationship’

The British Establishment’s subservience to its ‘special relationship’ with the United States and the laws of the EU means that Britain as a whole is governed by foreign powers.

No amount of wishful thinking about separatism or micro devolution within Britain will enable any part of our country to prosper as long as Brussels, Washington and the City of London are in charge.

Britain is England, Scotland and Wales

It is also time to base a popular debate about power and democracy in Britain on a recognition that we are not a United Kingdom of four nations. Ireland is one nation and is on the inevitable path to unification. We can build a new relationship with it once it is united and independent and itself out of the clutches of the Euro and EU.