The abortion referendum in Eire and the farcical negotiations between the Tory government and the European Union on a hard or soft border between the north of Ireland and the remainder of the country, demonstrate the need for the removal of colonial political borders and the establishment of a united Ireland. Whatever your position on the EU, the absurdity of the border negotiations, based on a colonial administration from a bygone era, simply should not be taking place. The Tories’ reliance on the reactionary and ultra conservative Democratic Unionist Party (DUP) is preventing Britain’s exit from the EU taking place on its own terms. 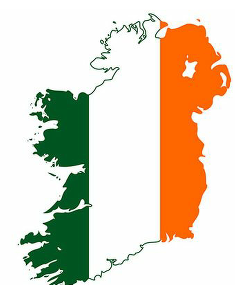 Prime Minister May has tied her own hands with the DUP deal by ruling out any new trade barriers between the north of Ireland and Britain. As the country seeks to regain its independence from the EU, the time for restrictive thought should not be entertained. Britain needs to prosper and to do so we need to think more widely about what our role in the world is and how we are viewed.

Britain needs to renounce its imperialist past and establish the re-unification of Ireland as an integral element of leaving the EU. The abortion vote demonstrated how Ireland has changed, how it has become a confident and modern state, in complete contrast to the north with its restrictive and medieval practices where a woman has no right to choose and is compelled to travel overseas to have control over her own body.

Support for a united Ireland within the country itself has surged since the referendum in Britain, and any vote now on this issue is likely to go in favour of ending the artificial border. Furthermore, under the Good Friday Agreement there cannot be a border between the six counties and the rest of Ireland. So it makes sense to solve the problem by uniting the country, as it once was and should be again.

It is clear there would be opposition to reuniting the country. Peter Robinson of the DUP has argued that any democratic ballot cannot be conducted on the basis of a simple majority! However, his views are rooted in the past and so cannot be used as an excuse given the current circumstances.

Ireland is Britain’s most important trading partner, having an annual trading surplus of £6 billion. Numerous British exporters rely on trade with Ireland and it is in Britain’s self-interest to ensure that this surplus in trade continues. Overall Britain’s trade with the EU is in decline, now only representing 43 percent of all trade. Consequently it is far more important for Britain to establish global independent trade deals. This will not be easy; Trump’s America is a particular challenge. However, the EU itself has admitted that 90 percent of all economic growth will be outside of the EU over the coming years. It is therefore time that Britain turned its back on the old ways of colonialism, private armies, gun boats and supporting America’s wars, and made a serious move towards a policy that treats nation states as equal partners, and brings real engagement with the world to ensure our future prosperity.