The government recently announced a new development of elite edu 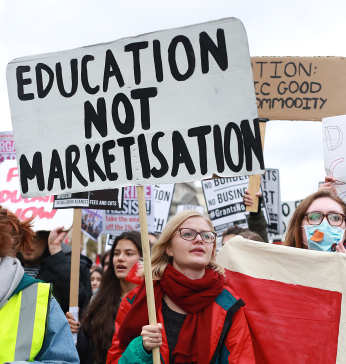 cation through an investment programme in Grammar Schools. The scheme is in fact a Secondary Modern programme, as the majority of children will end up in these schools. There are over 167,000 children engaged in selective education nationally, which shows the government’s ambition of dividing society, by funding further changes to the secondary state education model. This extends the marketization of learning through the formation of less regulated, independently managed business units through its Academy and Free Schools programme.

Communities that struggle with social isolation and poverty are further impacted by the lack of civil infrastructure, such as access to Dentistry and Doctors. The wealth divide is having an impact on life chances and longevity. Cynically, the Russell Group Universities such as Oxford and Cambridge are unwilling and unable to recruit from the North of the Country and or to target groups such as the disabled or those from Black, Asian and Minority Ethnic (BAME) communities.