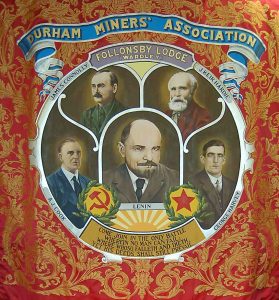 Our Rich History of Organised Labour

One of the ironies of our time is that we now have the largest unions in our history yet the lowest level of influence in our society for decades.  Even among union members a sense of ownership, the ability to influence policy and participation levels are at an all time low.

At their best, there are no other bodies which can command a greater level of loyalty, commitment and practical sacrifice from the mass of members than our unions.  The process of debate, democratic decision-making and disciplined industrial action by members taking responsibility for the conditions at their workplace is a powerful and constant force shaping both unions  and society.

What are the elements which make a union a powerful influence in an industry and society?  It is members who believe that they can shape society to their vision of the common good and know that by common activity with their fellow workers, they improve their working conditions and, with other workers, the whole of society.  The power comes from workers being rooted and active in their own workplace but with the ability to influence the wider decisions that determine their conditions.  Responsibility cannot be devolved to others, nor can one demand of others what s/he cannot deliver.

The continued survival, flexibility and resilience of our unions and the committed activity by hundreds of thousands of stewards, lay and professional officers and members is the basis for rebuilding the quality of our unions and ensuring their future growth. 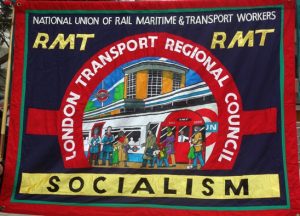 One key to the rebuilding process is to base organisation on trades and professions either through individual unions specific to that area of work or within larger general unions. The union in each workplace should be linked with others in the industry or sector. New firms and industries must be unionised. These organisational principles help to command commitment, understanding and loyalty in members.

With such organisation and vision unions will once more demand progress for our country.  No longer will an employer’s spokesman be able to say that unions are acting for a sectional interest. When we speak we will naturally command the respect and loyalty of the whole nation, acting   consciously in the national interest.

Ukrainian ambassador to Germany whitewashes Bandera's crimes & ignores his collaboration with the Nazis. In Britain much of the media & most parliamentary politicians also revise history to their ends. Many who stigmatised Corbyn remain silent on Nazis in Ukraine.

US is a country where violence in is endemic. It has unleashed wars against countries throughout the world, its culture glorifies killing, whether by serial killers, police or security operatives. Children learn games where the aim is to kill or maim.
https://morningstaronline.co.uk/article/f/most-violent-country-earth

Keir Starmer has worked out that if Labour goes on about getting back in the EU, single market or customs union, Labour will lose badly; he'll be out of a job. Yet there are still those in Labour whose first loyalty is to Brussels.
https://www.telegraph.co.uk/politics/2022/07/04/sir-keir-starmer-clashes-labour-brexit/