It is important that we consider and analyse the implications of globalisation on Britain. Globalisation has been defined as the combined use of political, economic and military power to achieve economic, financial, trade and communications integration. In essence, it is the extension of finance capital beyond its previous boundaries to accumulate capital throughout the world with previously unimaginable speed and mobility.

out an interconnected and interdependent world, with the free transfer of capital, goods and services across national frontiers. This process has been speeded up through developments in telecommunications, transport and the internet. It does not mean that the globe and its environment and people will be any better looked after. At the end of 2009 the global leaders proved incapable of coming to a basic climate agreement, which was repeated in 2015.

The question for us is whether globalisation represents a significant and fundamental change of direction within the ruling capitalist class and maybe a qualitative change from a national to an international capitalist class. Or have both of these elements always been present in Imperialism and are merely doing different things with different levels of power today? Do capitalist monopolies still require the protection of a ‘home’ nation state to represent and enforce their interests? Or is this now the role of the World Trade Organisation, a pan governmental entity with 164 members as of 2016, working to establish a set of rules to govern and supervise global trade?

In fact, capitalism no longer requires the restraining leash of national parliamentary democracies. These are fast becoming ciphers or memories. Even bourgeois democracy is at risk and defining fascism as the domination of the corporations and the incorporation of civil society and trade unions in the process is an increasingly relevant idea. As the market rules without democratic constraint we have a new politics. In Europe people are no longer citizens of their own country. Legally speaking they are citizens of a new European Union, a construct uniquely built on the economics of neoliberalism and the political rule of the market. 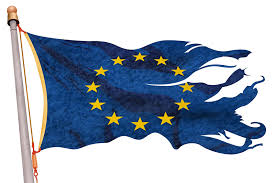 The vote of the British people to leave the EU reflects a revitalising socialist aspiration for national independence.  Their decision dealt the mightiest recent political blow to world capitalism.  The British people have escaped from the prison they were tricked into entering 40 years ago.  For half of the period since 1917 British communists have been fighting EU membership.  An important victory has been won.  Yet as long as Britain remains dominated by finance capital and part of NATO it cannot be truly independent.

Globalisation has an impact on the ability of our class to organise to protect its jobs, industries, livelihoods and services. This has been aptly demonstrated in the worldwide financial crisis of 2008 when capitalist monopolies required their own state apparatus to represent and enforce their interests. National Governments and Parliaments are an uncritical part of this, being substantially controlled by the international organisation of capital and the momentum of neoliberalism. 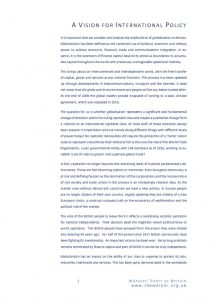