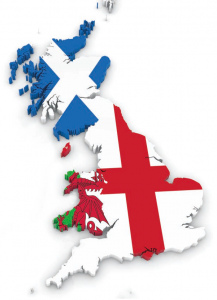 The Workers’ Party of Britain has a vision for the future of Britain; that industry, and indeed the whole economy should be owned by, and organised for, the benefit of the working class. Under capitalism production is ultimately for profit, and to the benefit of the capitalist class. Capitalism has decided that Britain can no longer survive as an island, or have full employment, economic growth, or even make a profit unless it is part of the European Union. Resources are wasted: – unemployment, factories and machinery idle or destroyed, land laid waste, and destruction of commodities. Workers can have no interest in unused economic resources.

To begin with we hold that workers are active, self-reliant, able to think and speak and act for themselves, and can as such change the world. Under socialism things are produced that are socially useful; based on need, and on the employment opportunities that their production affords. Workers are paid according to their work, but the whole resources of society are placed at the disposal of the socially owned workplace, the collective or community, and society at large. The need for an alternative political and economic strategy is pressing; workers through their thoughts and action can begin the process now.

The process of regeneration must become a mass movement, starting with resistance to the capitalist’s plans for Britain and developing into a strategy for the total defeat of capitalism, the seizure of state power, and the wholesale takeover of industry and finance by the working class to run them in the interest of the vast majority. We have what is necessary to provide the workers with full employment and improved standards of living.

The British working class composes 95 per cent of society. We are all those who sell our capacity to work in order to earn what we need to live; those who do, have, will, or would work.Workers have an interest in developing industry, skill, science, education, and their own health. The whole of society needs to be organised so that our skills and resources can be put to best use.

In Britain our people have the ability to create the means to sustain life, to meet both material and cultural needs our class can produce wealth and administer society; it does so already. We just lack the confidence to take control.