Ukraine – Can Peace Be Achieved? 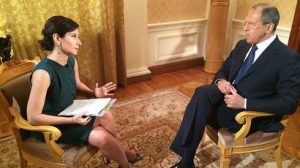 The order by the Kiev coup-appointed Vice President Alexander Turchinov to send the army against the populations in the East and South, clearly breaks the Geneva Agreement on April 17th between Russia, the EU, the US and the Kiev coup government. Kiev wish to silence the people and their demands for a referendum on Federal Status, the release of political prisoners and the disarming of the fascist militia ‘The Right Sector’.

The announcement was done while US Vice President Joe Biden was visiting Ukraine. Does it indicate further US adventurism to expand NATO to Russia’s border? Is it a US attempt to push the EU into a more actively hostile stance against Russia? Are they now unable to control the situation in the West of Ukraine as well as the East? Is the US incapable of adjusting to their loss of ‘only power in the world’ status?

Hear a very detailed analysis by Sergey Lavrov, Russia’s Foreign Minister in the link below: