The Truth about Orgreave Frightens the Tories 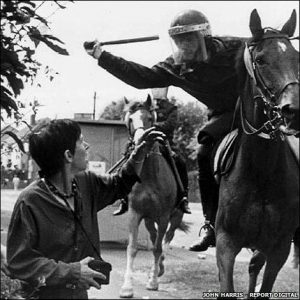 The decision by the Independent Police Commission (IPC) not to investigate police actions at Orgreave Coal Depot during the miners’ strike in 1984 came as no surprise to miners’ families, trades unionists and many others among the public.

A police force gathered from all over the country was used as an army to defeat the striking NUM miners throughout the strike instead of acting as a neutral force keeping order. At Orgreave it was used to physically attack miners and provoke disorder to aid the government.

One of the arguments used by the IPC is the fact that none of the hundreds of arrested miners were convicted by the courts. The police evidence was found to be highly suspect. The IPC therefore states that there was no ‘loss’ suffered by any miner. They also use the length of time which has elapsed since then as a reason to reject an enquiry. But of course the IPC could have investigated the matter before, as there have been many complaints by miners on the issue. 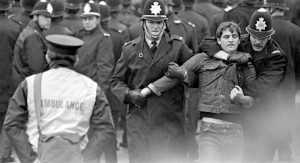 Films and photographic exhibitions are showing the truth throughout the country. Trades Union Councils and others must ensure these are shown in their communities as part of the campaign to force the government into a public enquiry.

The IPC argument that no ‘loss’ was suffered by any miner is a clear message to all workers not to defend your industry against attacks from the state.