The increasingly hysterical pronouncements by Blair and his supporters about the ‘non-electability’ of the Labour Party if Jeremy Corbyn becomes leader, shows that their real worry is the threat to their cosy relationship with the Tories. Many in the press have also been shaken from their complacent belief that neoliberal thinking cannot be changed in Britain.

‘Experts’ in the political thinking of the British people, who have been so certain about what will happen in the 2020 elections in are completely surprised and aghast that about 400,000 people have joined the Labour Party in the last few months, particularly since Corbyn entered the leadership contest. This influx has trebled the membership. Those who moaned about the political apathy of the young are now appalled that enthusiastic young people have responded positively to a candidate who proposes, with conviction and clarity, measures which will improve their lives and prospects. 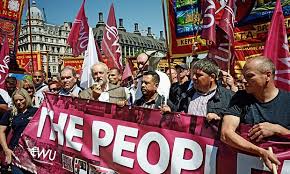 That they are joined by many from other age groups, also alarms the neoliberals. Having talked vaguely about staying in the centre of the political spectrum, they are now having to expose their actual policies and values, undermining further the neoliberal consensus. On getting rid of Trident for example they deem it sufficient to say that it is ‘impossible in the age of ISIS’!

Using insults to cover a lack of argument, Jack Straw attacked the proposal for ‘a quantitative easing for the people’ (ie investment in infrastructure and public services) as ‘economic illiteracy’. Showing his own ignorance, Straw compared the policy to the disastrous inflation during the Weimar Republic. At that time money was printed by the banks without accompanying it with a policy of state investment. As Marx showed, to preserve value, the amount of money printed has to reflect the active economic assets in an economy. Employment, training and investment are therefore key, which requires state intervention in our time of speculative, parasitic capitalism. 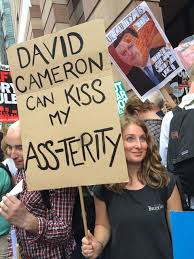 However, according to Straw, quantitative easing for the banks is ok because that is ‘restoring bank balances’. So now we know, giving free money to banks to cover their losses on wild speculation is fine with New Labour. The speculators can now be even more reckless in the knowledge that they cannot lose, as the Conservatives or New Labour will be there to pass the burden to the people and in particular the young

A youth that acts for its future is a great sign for Britain. Young people must be encouraged to join trades unions too. We can rid Britain of its parasites, Tories or Blairites. The struggle will have many twists and turns but the will to change and seize opportunities, especially by the young, is a great hope for our future.