No To Bombing Syria

The storm clouds are once more building as the dogs of war prepare for air strikes on Syria. Cameron was in full throat in the Commons, arguing why it is right to bomb another country, that this is the only way to defeat ISIS and we will make Britain safe by doing so. The rhetoric and sound-bites are the 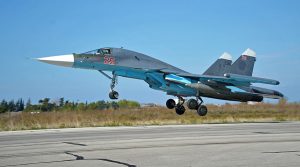 easy option; the difficult option is finding a peace.

No one can feel anything but deep shock at the downing of the Russian passenger jet, killing all 224 people on board; no one will forget the slaughter of 130 human beings enjoying a night out in Paris. But if Cameron believes that bombing yet another country will solve the problem of terrorism then he is delusional. Revenge may be sweet but it is only a pretext used to cover up an absence of any genuine solution.

From the first Iraq war in 1990 western foreign policy has been to bomb a region first and seek a political solution second. Iraq, Afghanistan and Libya were all bombed back to the dark ages and now it is the turn of Syria, on the pretext of eradicating ISIS.

None of the campaigns have achieved any stability; in fact they have only made the situation worse. The current refugee crisis is, on the whole, the creation of western foreign policy and yet they keep making the same mistakes.

Look at the contrast with Iran, long viewed as a rogue “terrorist” state, yet agreement was sought and gained on the vexatious issue of nuclear proliferation. They were not bombed to the table – agreement was gained through negotiation and compromise.

The lies of Cameron hark back to those of Blair. Cameron claimed in Parliament that there were 70,000 members of the Syrian free army who could be called upon to defeat ISIS. This is ludicrous and fails to stand up to scrutiny. The only forces capable of defeating ISIS on the ground are the Syrian Army who support Assad and/or Hezbollah, while the Kurds could have an impact if only Turkey would stop bombing them.

Whether Cameron and his fellow travellers in the Labour Party like it or not, British foreign policy over the last three decades has failed the region. It is time for a new approach, that of diplomacy, that of dialogue. If not, then many more innocents across the world will die needlessly.