French Youth Resistance is a Fight Against the EU 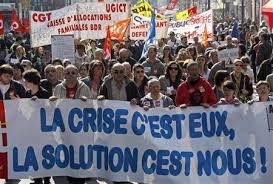 s by trade unionists and young people in several French cities against their government’s ‘labour reforms’ is in fact a fight against the European Union’s strategic programme ‘Europe 2020’. This programme subtitled ‘A European strategy for smart, sustainable and inclusive growth’ is in fact a plan to decrease wages (both personal and social), pensions and the job security of the bulk of society.

According to the EU, employment will only increase in the EU, particularly for the youth, if it is cheaper for employers and easier for them to sack workers. They take much inspiration from the British Tories and see the growth of ‘zero hours contracts’ as a great success. The programme’s aim would for countries ‘to implement their national pathways for flexicurity, as agreed by the European council, to reduce labour market segmentation and facilitate transitions as well as facilitating the reconciliation of work and family life’. 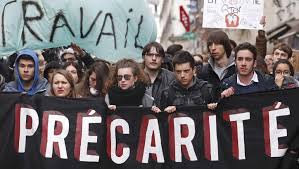 The current government ‘labour reforms’ which reduce overtime payments and job security are only the beginning. It is not surprising therefore that Cameron and his government want to keep Britain in the EU. His ideology and backing from the big corporations reinforced and backed by EU programmes help the Tories and their backers, the transnational monopolies. To fight our governments in France or Britain we need to recognise the true nature of the EU!