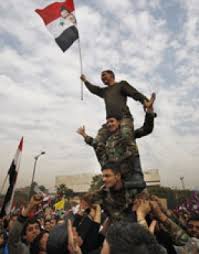 The recent terrorist attacks on the Russian passenger plane and on Beirut, Damascus, Baghdad, Northern Nigeria, and Paris have revealed the danger of global terrorism and exposed the duplicity and absurdity of the US and its Western Allies, including France and Britain and its regional allies Saudi Arabia, Qatar, Kuwait, Jordan and Turkey.

For the US and its allies the main enemy has been the Syrian government and the aim was the destruction of Syria as a unitary state. Their main tool to achieve this was the financing, arming and training of jihadist terrorist groups, mainly composed of foreign mercenaries based on Al Qaida with some participation by Sunni Iraqis and Syrians of sectarian disposition opposed to Shia, Christian and other non-Wahhabi Muslims.

With all the support, training and finance their expectation was for the quick defeat of the Syrian government and army, followed by the partition of Syria into regions to be distributed among its  neighbours leaving a small weak Syria ruled by Western puppets and intimidated by Israel in the west. Much of the north with its oil would go to Turkey to create a ‘Buffer Zone’, and the South would be controlled by Jordan. Another objective of the policy was the reduction of the influence in the region of Iran and its allies – the Iraqi government, Syria and Hezbollah in Lebanon.

Ironically this alliance is one of the ‘unintended consequences’ of the US war on Iraq and the Israeli invasion of Lebanon. The defeat of Saddam Hussain and the dismantling of the Iraqi state has resulted in a mainly Shia Iraqi government allied to Iran, while the officers of the Iraqi army now form the core of the Daesh (ISIS) armed capability. The invasion and occupation of Lebanon gave rise to ‘Hezbollah’, the resistance movement there, which actually defeated the ‘invincible Israeli army’ and forced it to leave Lebanon.

Much to the surprise and disappointment of Syria’s enemies, the Syrian government and army has proved too strong and resilient and after five years under constant attack shows no sign of the expected collapse. With the strong resistance of the Syrian army and people, the US and its allies poured huge resources into the terrorists under the cover of training and financing the ‘Free Syrian Army’ a supposedly moderate force of Syrians. They knew very well that the trained forces joined and passed their weapons to terrorist groups and in particular the largest, ISIS and Jabat Al-Nusra but also many others. At least 500 Jihadist terrorist groups are known to exist, though most have been absorbed by ISIS and Al-Nusra. In addition easy entry for mercenaries and weapons through the borders of Turkey and Jordan and the sale of oil by ISIS to Turkey has provided ample finance to supplement funds raised by the extortion of controlled populations and financial and ideological support (Wahadism) from Saudi Arabia and the Gulf States.

Terrorists have their own objectives

Not surprisingly the largest of the groups, known in the West as ‘ISIS’, has acquired its own objectives and formed a ‘Caliphate’ in the territory of North Iraq and North and East Syria. This terrorist quasi-state is now an international threat to countries in Africa, Asia and Europe including Russia, but much less so to the US due to its distance. Russia therefore has come to the assistance of Syria and its army, which is composed of Sunni, Shia and Christians and reflects the shared history of united life in a nation for decades. In doing so legally at the invitation of the Syrian government Russia are upholding international law and opposition to ‘regime change’, the principle of the imperialists. 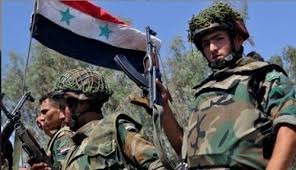 Importantly the alliance of Russian air power with the Syrian army has proved very effective against the terrorist groups, not just ISIS but also Al-Nusra and many others. It has also forced the US to assist the Kurds against ISIS, making Turkey’s help to the terrorists much more difficult. Russian bombing of the oil convoys has also hit Turkey and ISIS finance and this explains the attack by the Turkish air force on the Russian plane inside Syria and also the bombing of Kurdish forces fighting ISIS. Downing the plane was a clear provocation to draw NATO against Syria and Russia.

Terrorism must be eliminated

Russia and the Syrian and Kurdish armies fighting the terrorists must be supported. The claim that Russia is attacking ‘moderates’ to save Assad is code for shifting Western support from ISIS to other less discredited terrorist groups. There are no ‘moderates’ in Syria as the report to the US Congress acknowledged. Cameron’s policy of getting Britain to bomb ISIS in Syria is his way of having a voice in the negotiations for ‘transition’ from Assad to support other armed anti-Syrian groups, which NATO hopes to control. The only way Britain can help is by recognising the Syrian Government and joining a real alliance with it and its allies, Russia, Iran and Hezbollah.