Bolivian Satellite Launch A Result Of Drive Towards Social Inclusion

On 20-12-2013 the Bolivian satellite Tupac Katary was launched from China. Lively and emotional crowds of Bolivian citizens viewed the event on giant TV screens in many towns throughout the country. The launch, 3 years after the formation of the Bolivian Space Agency, is a great practical achievement in implementing the new Bolivian constitution, which commits the country to include all its citizens in social, political and economic participation and to develop the productive base and industrialisation of its natural resources. 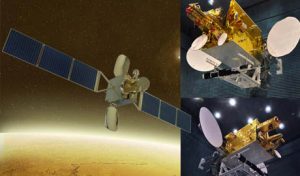 s geostationary at a height of 36,000km. It weighs 5.5 tons and measures 28m in length with its solar panels fully extended. It is controlled by two stations in Bolivia, one of which is a reserve.

The purpose of the satellite is to deliver telecommunications services such as television, the internet, geographic positioning and mobile and line telephones to the whole population and neighbouring countries who buy the service. Most importantly these services will reach the third of the population who live in rural areas, many remote from urban centres and who therefore have less access to education and economic opportunities.

This type of contract with China has been typical of recent government investment in high technology projects. Examples of these include the opening of an Aeolian Park where wind turbines are used to generate the energy for irrigation to grow apples, a planned solar electrical generation plant in Pando in the Amazon region, which will replace much of the power from oil generators and a new paper factory which is now producing school exercise books.

In advance of the launch the Space Agency prepared a teaching resource for Bolivian schools which dedicated one day in November for teaching and discussion activities on the satellite so that science and technology education are becoming embedded in the new generations.

The project has become viable because the inclusion of large sectors of previously excluded people accelerated economic growth to 6.8% and increased the number of users of communication services creating a good revenue for the state owned services and many new high value jobs for Bolivians.

Signals to and from the satellite have now been successfully transmitted and TKSAT-1 will be fully operational in March 2014.

There have been SNP led governments in Scotland since 2007 & substantial increase in pro-separatist opinions since 2016, but there has been a drop in support for separatists, since the start of this year.
No to the break up of Britain!
https://www.newstatesman.com/politics/scotland/2021/04/scottish-independence-poll-tracker-will-scotland-vote-leave-uk

The EU's vaccine export ban is potentially a genocidal policy, an act of an enemy. There are still remainers who would have us back in. The SNP & Alba after breaking up Britain would seek membership of the gangster EU.
Better together! Oppose the EU!

It is strange that so still many "leftists" support Orwell; this is anti-Communism mascarading as socialism. But we also had swathes of the left supporting the neo-liberal EU. Social-democracy faces both ways, towards worker's advancement but also towards the capitalist system.

Orwell gave a list of communist sympathisers to a government propaganda organisation the IRD; he would have been at home in the McCarthyite USA. https://www.independent.co.uk/news/uk/home-news/george-orwell-snitch-list-reactionary-grass-blacklist-communists-information-research-department-ird-government-celia-kirwan-a8414066.html https://twitter.com/EnglishRadical/status/1375396528009908224

There have been numerous calls for Sturgeon to resign, on the grounds she has misled parliament. The workers of Scotland now should give the SNP it's marching orders, for attempting to create division in the British working class.
https://youtu.be/Zu9kQgy1TN4

The defence & foreign policy review is to cut military personel; though total speding will increase with a focus on the technology of war: nuclear weapons expansion, development of bio-tech, cyber warfare, & artificial intelligence.
https://www.google.com/amp/s/amp.theguardian.com/politics/2021/mar/15/five-areas-of-interest-from-uk-defence-and-foreign-policy-review